We’re happy to announce the 16th Nonviolence Day in the Park!

Everyone is invited to come together under the banner of nonviolence. The event highlights the many positive initiatives in Waterloo Region. Visit the various community group displays and vendor booths. Children and adults can enjoy the carnival games and crafts. We’ll offer demonstrations and some of the area’s best musicians.

You can help make the day special:
– volunteer

We meet every Tuesday evening online at https://wrnonviolence.org/meeting.

Register to be a Community Exhibitor or Vendor! 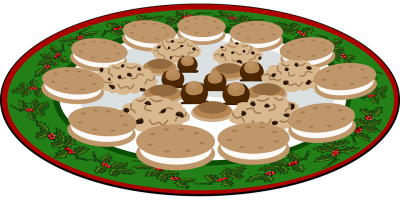 Thanks to everyone who let us know what date would best suit for an online chat.

Add this event to your calendar iCal

This is a web conference using Free Software called BigBlueButton. Click on the meeting link and enter your name for the meeting (how others in the room will see you)

In the next window select that you want to use a microphone.

In the past KW Peace would hold occasional pot luck meetings – just a time for folks to share what their group’s been up to, to chat about projects, successes, difficulties, share resources etc.

The format of our online meeting will be to (re)introduce ourselves, talk about the group(s) you work with, and whatever else we want to chat about.

If you have thoughts or questions please let us know.

We regret announcing that our 16th Nonviolence Day in the Park will be cancelled. We felt that there is too much uncertainty in the coming weeks and months.
WR Nonviolence continues to meet virtually every Tuesday to plan our way forward. Contact us if you’d like to join the discussion – how can we communicate the importance of nonviolence during our current pandemic?

During this Stage 3 of the COVID recovery program, visit Kitchener Responds to COVID-19 for the latest updates.

Beginning in Madrid on October 2, 2019 (International Day of Nonviolence) the World March Team continues to travel to city after city around the world, with simultaneous events occurring in near-by communities.

The World March concludes back in Madrid on March 8, 2020 (International Women’s Day).

Waterloo Region welcomes the World March Team as they prepare to arrive in North America.

Sing for Peace and Nonviolence contributes Waterloo Region`s voice to the world stage, calling for an end to wars, and for the overcoming of violence in all its forms.

Hosted by The Liberation

This has always been a special time with community groups, vendors, entertainment, and activities for the kids. Please pass on this invitation!

There are no upcoming events.